Side projects, hackathon submissions (from way back when), and other things that don't quite fit anywhere else. 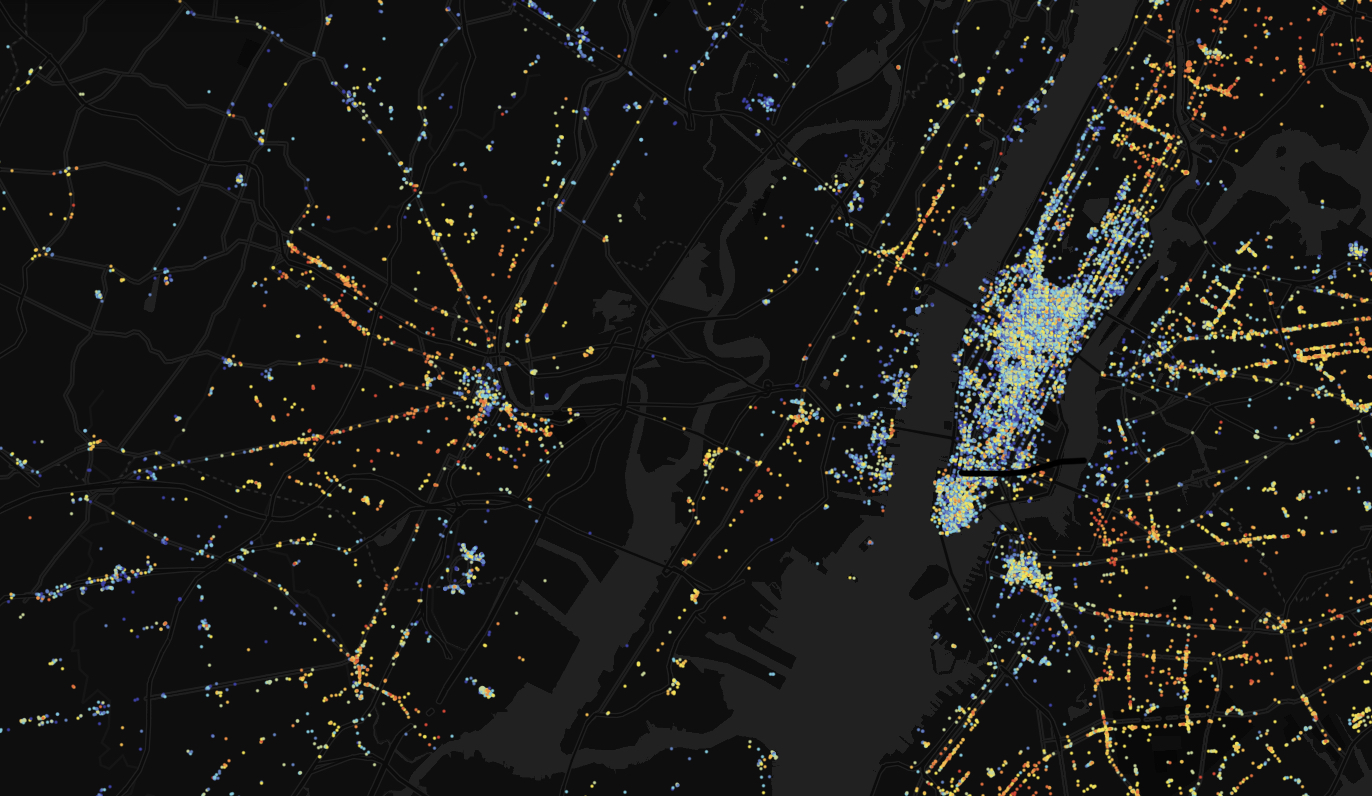 Segregation is more than just where you live. 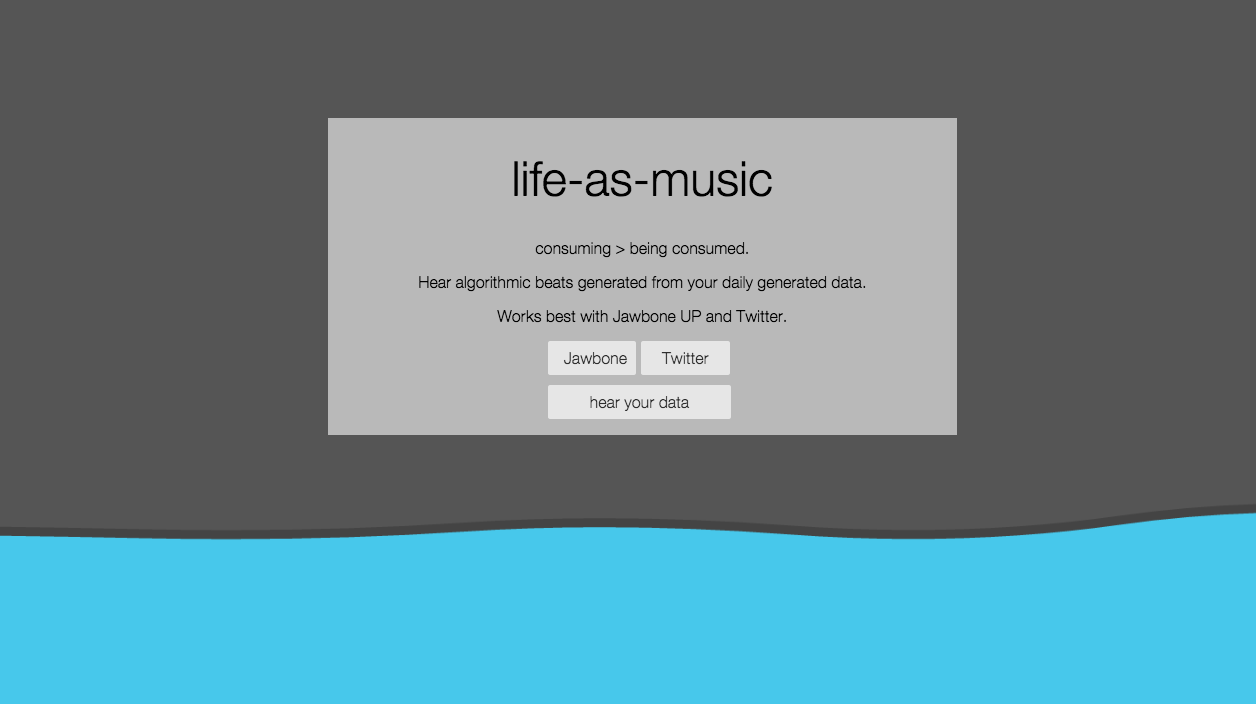 Submision for Hack MIT 2014, won "Best use of Jawbone UP API". Turn data you generate daily into an experience you can consume. Life as Music is a generative algorithm that creates original music from your twitter and jawbone UP fitness data. 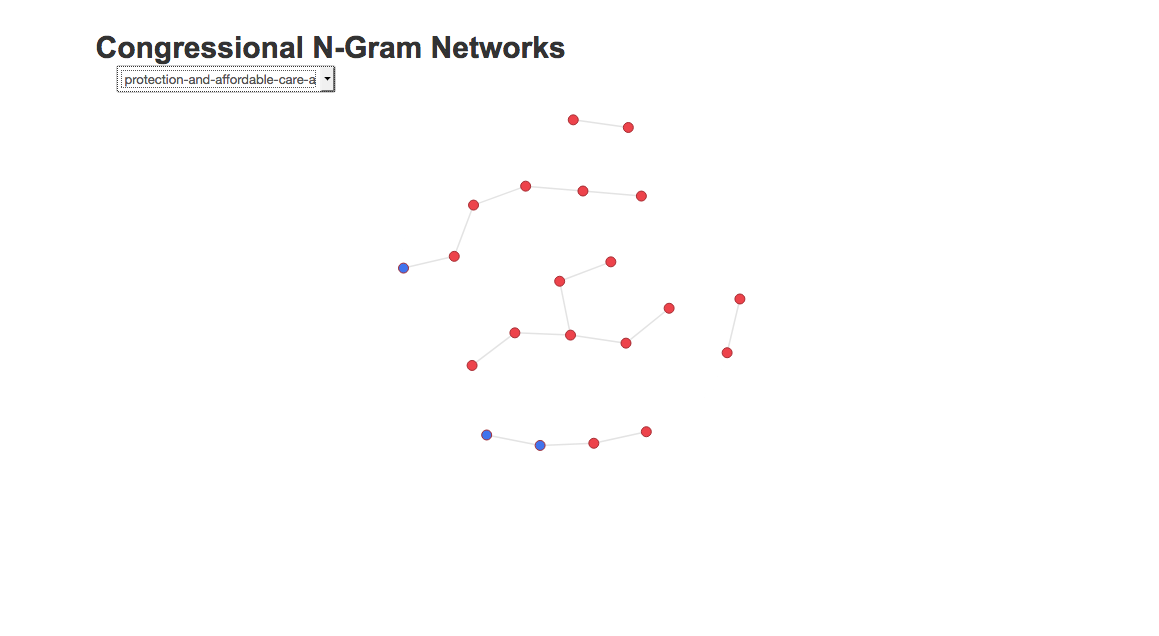 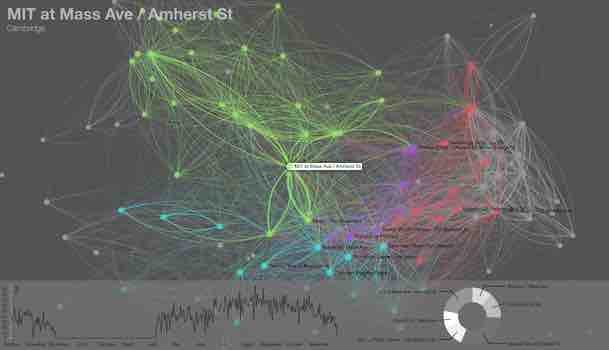 An interactive visualization of Boston's Hubway bike sharing system. Each node is a hubway station, and there's an edge between two stations if there were more than 50 trips between them in the dataset. Colors represent communities detected by the Louvain community detection algorithm.

Built With: d3 and flask 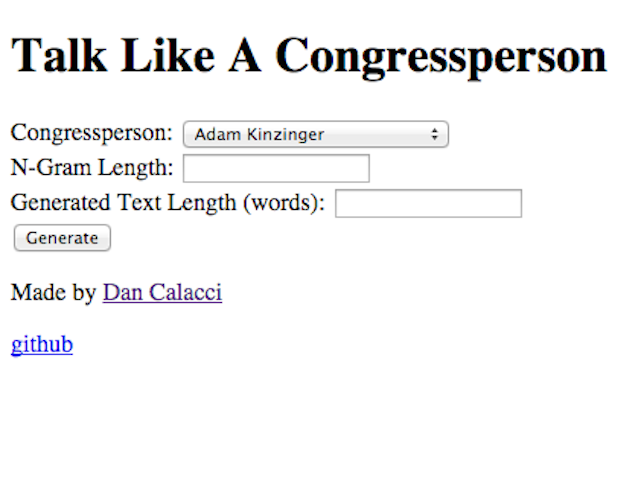 I trained a simple n-gram model on the public statements of all congresspeople from 2014, with some fun results. 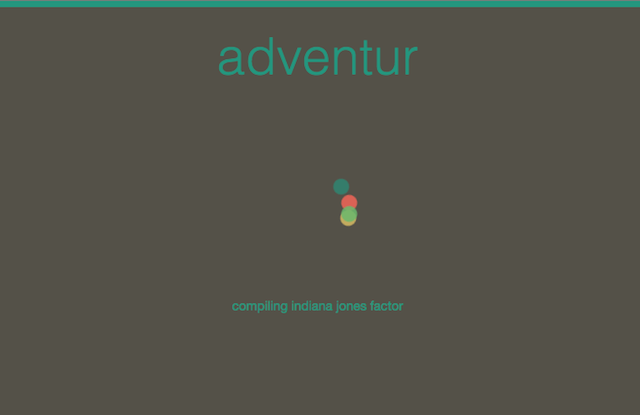 Most Innovative at Hack Beanpot 2014. Adventur uses an n-gram based geotrace model to predict your future movements and quantify how predictable you are. It then uses this information to help you become more adventurous by recommending new places to visit that will optimize your "adventurousness" score. 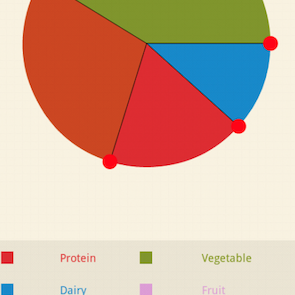 A way to quickly and easily log meals. Built for a class final project, the design of this app was developed through paper prototyping and extensive user testing.

Built With: Android and a key-value store